Is it finally time to invest in mixed reality?

The must-knows of mixed reality and Microsoft’s game-changing HoloLens
For some years now there has been a lot of talk about virtual reality in the tech world. VR headsets finally hit the market en masse last year, and nearly every major media outlet has run some feature on the futuristic implications of virtual content. This VR hype is all fine and good, but we at Proekspert believe that the real game changer is going to be mixed reality — the merging of the virtual with the real.

Could it be more innovative technology than virtual reality?

Arguably a more practical and innovative technology than VR, mixed reality could be the new medium that completely reimagines the basic tasks and workflows that govern our daily lives. In this first post of a two part series, we will dive into a little background and think about the potential impact of mixed reality. It’s all very exciting, so let’s get right to it!

Why mixed reality is so much cooler than virtual reality

Believe it or not, virtual reality is a much older technology than most people acknowledge — it dates back almost 35 years! Admittedly, the technology has come a long way since then. Now we have advanced headsets like the Oculus Rift, Samsung Gear VR, and PlayStation VR, all of which took the world by storm with overlapping releases just last year. Each of these devices is in the business of creating the illusion of being inside a videogame or film. The content of VR is mainly that of fantasy. Users are transported into software generated environments that are completely separate from the real world. Even the New York Times’s heartbreaking VR news reports involve a total transformation of one’s surroundings, a temporary disconnection from the reality of one’s life.

Mixed reality is different. Rather than simulating a whole other world, it simply constructs new layers on top of your existing reality. Using your base environment as a canvas, mixed reality merges the people, places and objects of the real world with virtual additions. So instead of appearing in a virtual jungle, you can stay seated in your own living room and pet a baby dinosaur that has just appeared by the coffee table. More practically, you can stay seated on your couch and have your friend on another continent sit right next to you as a virtual, real-time rendering. With mixed reality there are endless possibilities for reimagining the everyday reality of life. 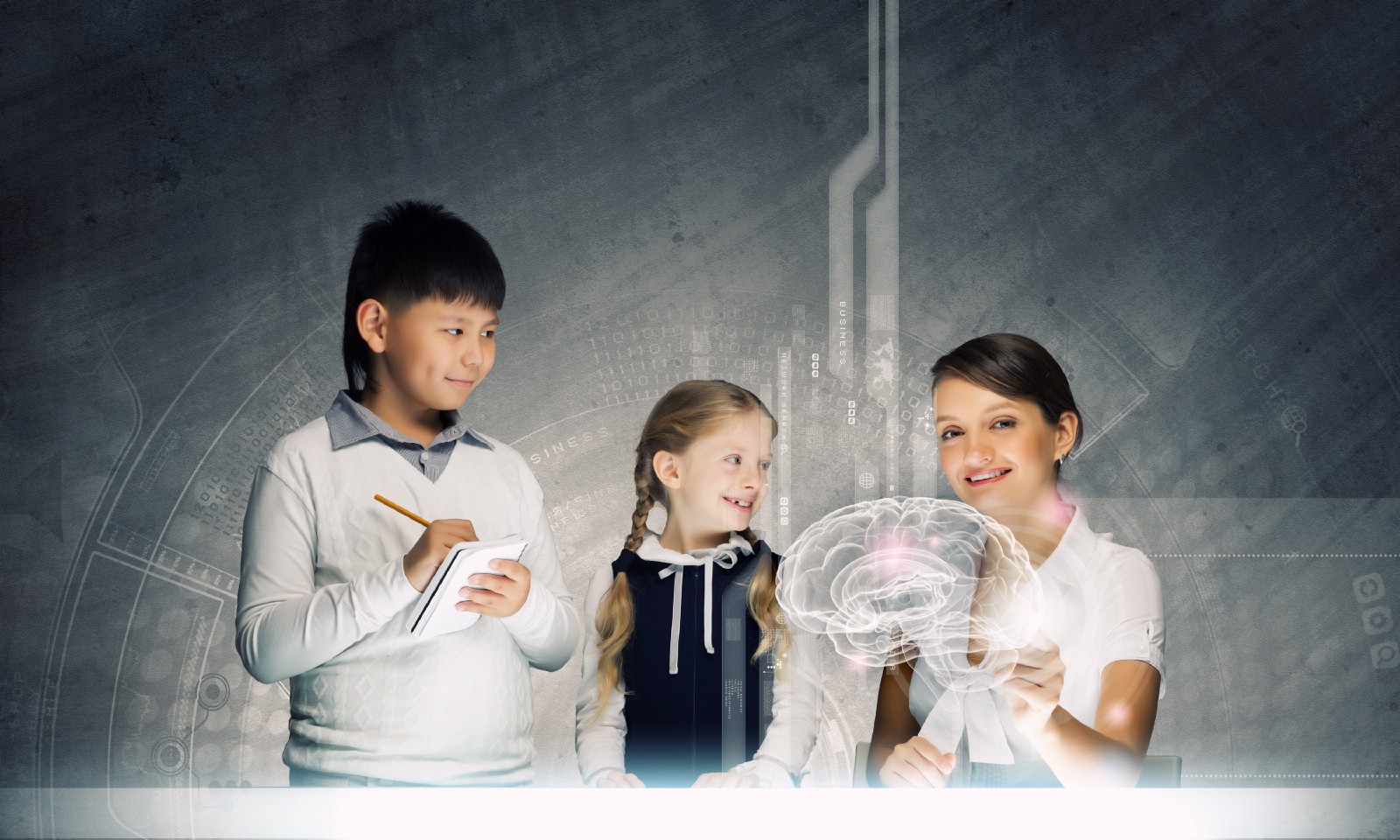 It’s not a technology for escapism, but rather for reinvention. Whether it be commerce, construction, education, or design — by applying our imaginative thoughts to the real world around us, we can achieve some truly spectacular results.

All the fancy terms in a nutshell: VR, AR and mixed reality

Virtual reality — In VR your surroundings are 100% virtual, a complete simulation of some environment. VR also requires that you completely disengage from the real world around you, so instead of being in your living room, you might be transported to Middle Earth or the Millennium Falcon.

Augmented virtuality — In this scenario you enter a virtual environment accompanied by some other real world objects. For example, might venture into Middle Earth with your friend who is also immersed in VR via a head-mounted display.

Augmented reality — AR builds virtual layers on top of the real world. You might look out your window and see the weather predictions for the day materialize in front of the view as an augmented layer. AR is how the Terminator saw humans.

Mixed reality — This is a wide and flexible term, and is often referred to as a scale of virtuality and reality. Mixed reality is different from augmented reality in that it adds more than just layers of information, but also virtual objects in real space.

So this all sounds great, but is anyone actually working on it?

Yes, people are working on it! (And hopefully we don’t have to wait another 35 years to see mixed reality tech in retail.)

Arguably Google was the first company to give mixed reality a genuine try. Remember Google Glass? Besides making people look kind of pretentious and silly, Google Glass was the first augmented reality gadget to hit the market. And even though it failed spectacularly, it did mark the beginning of a powerful new technology that is now finally coming into its own. Picking up Google’s dropped torch, Microsoft is the new leader in augmented reality, and its bright new hope is the wondrous device called Hololens.

Have you ever watched Star Wars or Star Trek and thought — wow, those holoportation devices are pretty freaking cool! Well, if so, then you had better hold your breath because Microsoft is currently developing a form of virtual 3D teleportation that works in real-time. Hololens, the “first self-contained, holographic computer,” was released in its pre-production version just last year, and might hit the consumer market sooner than later — the main obstacle for the headset’s release is cost, Hololens would currently sell for roughly 3K a pop, which is just too much for the average consumer.

Besides Microsoft’s Hololens there is also Magic Leap, a secretive startup that has received investment from the likes of Google. Magic Leap has revealed relatively little about its work; the company’s website offers a lot of buzz words and pretty pictures but not much actual substance. However, it is generally known that Magic Leap is also developing a head mounteddevice for mixed reality. What this device will look like and how it might compete with Hololens is still to be determined, but we can be sure that mixed reality is no longer a technology of science fiction, it’s becoming very real — as Magic Leap promises, “magic is right around the corner.”

But maybe mixed reality is just overrated hype… Should we invest or should we wait?

When talking about new technology, it is important to remember that sometimes even the most remarkable inventions can really flop once they hit the market. Google Glass is one such example. It’s true that the Glass was reported by early adopters to have some serious technical problems, but that wasn’t really the reason why the gadget failed. What really drove Glass to the ground was a complicated set of security problems, privacy issues and simply the fact that the public wasn’t ready . Perhaps we weren’t as married to our devices as we are now, and ultimately the look of Google Glass was just too far out for its time.

Of course we must also remember that HoloLens 1.0 has its own set of problems. It is far too heavy (imagine walking around all day wearing glasses that weigh more than half a kg); the field of view is actually much more narrow than you could imagine based on the demo videos; the response to hand gestures is clumsy; HoloLens’s understanding of space is also at a supremely beta level: objects go through walls etc.; and its battery life is only about 3 hours.

Yet there is hope for mixed reality. Forecasts show that by 2020, virtual and augmented reality will do quite well in the market, ultimately driving the cost of headsets down. In fact, we are seeing this already. Just a few weeks ago Facebook lowered the price of the Oculus Rift by one hundred dollars, hoping that the device would sell better on the market. If reports are correct, then in 2020 alone more than 25 million VR headsets will be sold to consumers, meaning that VR and AR headsets will be in 1% of households worldwide in just a matter of years.

Evidently, despite its tumultuous start, VR is here to stay and mixed reality won’t be too far behind. It’s nearly impossible to think how this technology might reimagine every major sphere of our lives. Ultimately, as Magic Leap puts it on their website, mixed reality is trying to “rethink the relationship technology has with people.” It’s the beginning of a completely new interface, one that will release us from the boxy confinement of devices. But more on that in our next post!

If you want to know what about business opportunities with HoloLens, sign up for our newsletter!

Receive our weeky newsletter! Inspiring ideas that are worth your time

If you want to advance in the field of product development, here are our book recommendations to level up your process and strategy. Read more>

Founded in Estonia in 1993, Proekspert is a professional IT services company for international clientele.

Learn more about us

Please fill in the contact form below and we'll get back to you as soon as possible.

Your message has been sent. Our team will get back to you as soon as possible.